How Google is working on making Life easier through Android Wear

“ Google & Apple have actually made it possible to allow humans wearing a smart gadget which will be loaded with almost all the goodness that a smartphone comes with. Be in Google Glass or a smartwatch, we have actually arrived to future with these gizmos. ”

Most of us believe that the Smartphone age has just begun and we have much more to see. But, the future is already here with Wearable gadgets from the house of reputed names like Apple and Google. On March 2014, Google announced the arrival of Android Wear without much of a promotion. They just said that the basic ones at the time of launching will just see the extension of Smartphone OS to Smartwatches.

This tells somehow that we all are up for a great technological treat. Major phone manufacturing companies like LG and Motorola have launched signature models which are showing the initial days of fun to users. A much more humane approach is expected from this Wearable gadget if you believe the comments of tech gurus. All these efforts are being done to make the life easier and work smarter. The efficiency of human race in future will see new heights with the presence of such innovative things in hand.

The Basic model of performance

The stake of development has gone few levels higher. Developers associated with Android Wear will soon be able to create UI for Smartwatch faces. An official API is expected to be released by Google very soon in this regard. Using this, developer would be able to develop third-party faces for any Wearable devices. The basic process comprises of creating the initial UI, controlling sensors, adding voice action scopes and finally sending the data. 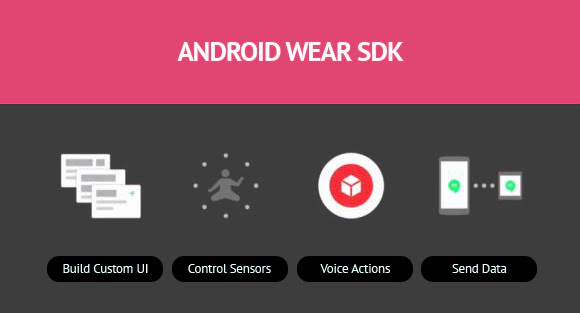 Impact on our daily lives

Much of the focus has been on making life easier with Android Wear. Google Glass has created ripples in the industry already with its visionary thinking. The quintessential nature of human being to be in control of everything around will go on to make him develop many more innovative things. Mobile application developers in India are already considering an alternate career path seeing the demand in ripe market. Also, this is one of those moments when the mode of human interaction with technology gets newly defined. Here are some of the major ways through which all these are going to impact life.

a. Multitasking with hands-free: As any Wearable gadget keeps out hands free all the time, most of the jobs can be done now without thinking about giving a pause to our technological spree. The Android Wear has options like responding to text messages with voice.  Another operation comes with Google Now which again can be controlled by voice only. Any question you have and you get the answer on the move. Thanks to your Google glass or Smartwatch. It can safely be said that the number of accidents caused while talking on phone at the time of driving will decrease hugely.

b. Keeping a tab on your sleep: There has been advancement in Wearable gadgets industry associated with keeping a look over the sleeping of an individual. The technology helps a person to get optimum sleeping benefit following the directions provided by the app. Its way better than an alarm that only awakes a person. With it, you will know what your best sleeping posture is and when you sleep the deepest.

e. Benefits for students : Students will be able to record lectures using Android Wear without having to struggle with recording devices. It will also allow students to plan their daily study routines systematically & efficiently. Even teachers will get the leverage to mark attendance by using Android Wear.

This is just the first phase of development in the niche of Wearable gadgets. Much of the surprise still awaits us as Google has not made a grand declaration of its moves.