“ Whatever the reasons may be, but this is a proven fact that PHP is one of the most used coding language. PHP developers are always on their toes to upgrade themselves so that they can play with the codes in a better way. The write-up here describes top 10 tips to improve your PHP-based custom web application, which will certainly help them for good. ”

What is the most common form or name that strikes your mind when asked about programming since 1995? The answer has to be PHP as it has established itself as the most trusted web application scripting language.

PHP the resilient force of programming

A statistics courtesy Built with recorded on December 7th 2013 tells that 39.31% of the total number of websites using various frameworks has chosen php for them. This is much more in terms of share compared with other big names like ASP.Net, J2EE, etc. Even with so much focus on this very popular scripting language some of the very basic tweaking tips are often not considered by developers. To get the most of the language thus it is wise to hire php developer India as they are trained to do any kind of troubleshooting in php framework and has got years of expertise exclusively in the same. 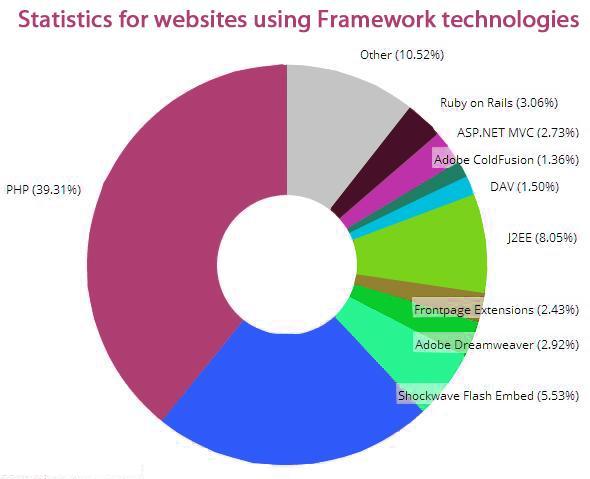 There are certain parts that are covered by php web development company India while running any project in particular for you and in this write-up all those must implement parts are discussed. Making use of the following points offers your project too with much more stability security and feature wise. Let’s make the performance between by going through these one by one:

1. Avoid SQL Injection: SQL injection actually helps a hacker to get inside your database through a weak point in your script. Most of the pho developers choose MySQL databases without knowing the danger; this has to be avoided at the prime level.

2. Must know various Comparison Operators: Even the most experienced candidate sometimes does not know the difference between various comparison operators in php. An example of such an instance is where one does not know that ‘==’ looks for equality, and ‘===’ looks for identity. Thus, for the right custom web application development one must have clear idea of these.

This point and the later one makes the code a bit complex, but is enhances the performance or speed of the website so it’s the developers call whether they will use it or not.

To make codes simpler one can remove the middleman out of else statements.

In this case If the $x is going to become 10 by default, one must start with 10. Else is not needed in the code

Here it might seem to be much of a change, but in real-time you will save lots of space and add to speed of site.

4. Get rid of Brackets

Just like the previous point of else getting rid of brackets too adds to the performance of application, An example of a bracket-less script.

7. Make use of Memcached

For database caching use it. It was first implemented in Livejoural and is really popular among developers as it perks up the speed.

If you wish to complete the project in hand at a much faster pace use frameworks like CakePHP, Zend, Symfony and CodeIgniter. Frameworks with its in-built structure eases out much of the effort related to development.

9. Make use of Suppression Operator properly

The error suppression operator i.e. ‘@’ must be used where you are confused to hide the expressing without removing from the script sheet.

If the efficiency has to be five times more opt for isset over strlen. For checking the length of a string this one is really helpful and saves a lot of time too.

The pointers will hopefully add to the ease and efficiency of your PHP web application project development flow. Happy coding!