What Exactly Software Testing Means & How Does it Work?

If you are searching to know what is software testing? You are in the right place. Now let's move on and learn more about the importance of testing.

Software testing is not the same as it was a year ago. In recent years it has changed a lot. In this blog, you will learn all the software testing basics and more in detail:

Quick Glimpse on What is Software Testing

Software testing by definition is an approach of verifying whether the actual software product matches the expected requirements and ensuring that the software product is free from defects.

It consists of the execution of software components using automated or manual tools to evaluate one or more properties of interest. The purpose of software testing is to identify gaps, errors, or missing requirements against actual requirements. 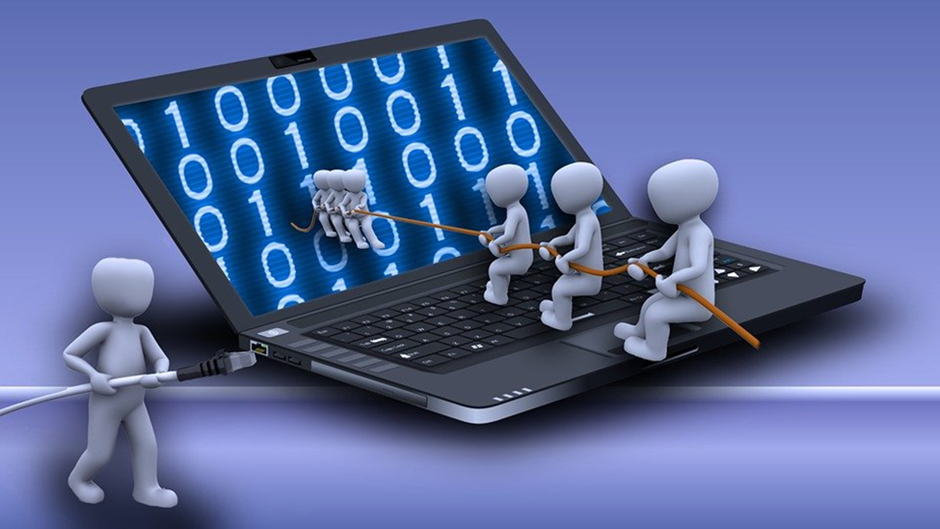 Why is Software Testing Important?

These are the main reasons why software testing matters:

It is another crucial point that users mustn't ignore as it is considered the most vulnerable and sensitive part. There are plenty of situations where users' information and details are stolen and used for profit. Hence, people always look for reliable and well-tested products.

As an individual product gets tested, users can get assured that they will receive a unique product, and their data will remain safe.

The more interconnected and older the code, the more difficult it will be to change. The tests counteract this tendency to calcification by allowing developers to add new features with confidence.

As a new developer, changing old parts of your codebase can be scary, but with testing, you'll at least know if you've broken something important. It helps your software stand out in the marketplace and outperform the competition.

With the help of QA, you can find a wide range of errors and scenarios for error reproduction. It's simple, and developers need to fix it in no time. In addition to this, the software testers must work with the development team in parallel, which helps speed up the development procedure. 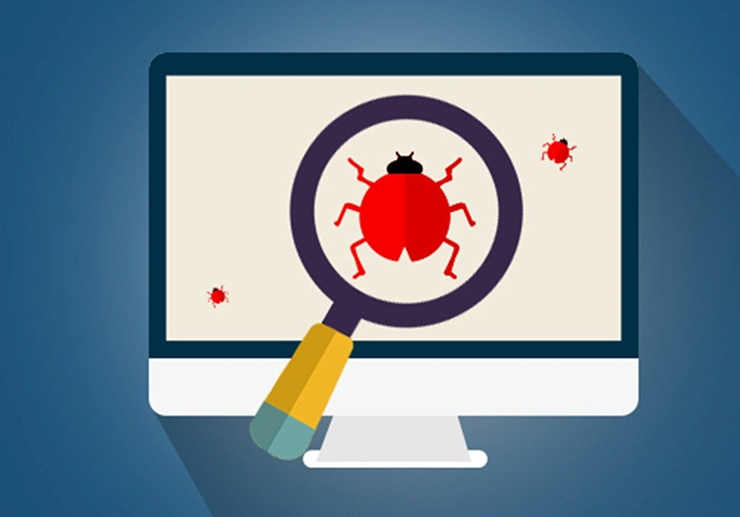 Software testing is categorized into two categories - functional & non-functional. There is also another type of general test called a maintenance test.

Optimizing the testing approach in software engineering is the best way to make it effective. A software testing strategy explains what, how, and when to do whatever it takes to get a reliable product. Typically, the following software testing techniques and their combinations are used to achieve this primary goal: 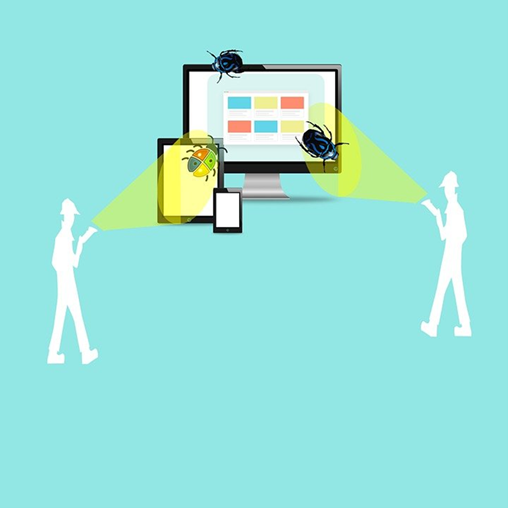 The early-stage testing strategy is static testing - it is done without actually running the product in development. This desktop verification is necessary to detect errors and problems that are present in the code itself. Such verification is important in the pre-implementation stage, as it helps avoid problems caused by bugs in the code and deficiencies in the software structure.

You cannot effectively test the software without running it. Structural testing, also known as white-box testing, is necessary to detect and correct bugs and errors that arise during the pre-production stage of the software development process.

At this stage, unit tests based on the structure of the software are performed using regression testing. In most cases, it is an automated process that works within the test automation framework to speed up the development process at this stage.

Developers and QA engineers have full access to the software structure and data streams (data stream test), so they can track any changes (mutation test) in system behavior by comparing the results of tests with the results of previous iterations (control flow test).

The final stage of testing focuses on the software's reactions to various activities rather than the mechanisms behind these reactions. In other words, behavioral tests, also known as black-box tests, presuppose the execution of numerous tests, mostly manual, to see the product from the user's point of view.

QA engineers often have specific information about a business or other software purposes to run usability tests, for example, and react to errors as regular users of the product do. Behavioral testing can also include automation to eliminate human error if repetitive activities are required.

Like any other procedure, software testing can also be categorized into different phases. This sequence of phases is often referred to as the software testing life cycle. Let's look at them briefly.

Every process begins with planning. In this phase, you collect all the necessary details about the product. Compile a list of tasks that should be tested first. Then you have the priority of your to-do checklist. If a full team is involved, then a division of tasks can also be done at this stage.

Once you know what to do, you need to lay the foundation for testing. This includes preparing the test environment, collecting test cases, researching product features and test cases. Here, too, you should collect and familiarize yourself with testing tools and techniques.

This is when you run the tests on the product. Run test cases and collect the results. Then, compare the results with the expected result and check whether the product works as expected or not. Take note of all successful and failed tests and test cases.

This is the last phase of software testing where you need to document all of your findings and submit them to the appropriate personnel. The flaws in the test cases are of most interest here. A clear and adequate explanation of the tests performed, and the results should be mentioned. For complex testing, the steps to reproduce the bug, screenshots, and anything else useful should be mentioned.

The 'STLC' software testing life cycle is a series of well-defined activities that software testers must complete to ensure software quality. Each of the steps in the STLC process must be carried out systematically and sequentially. 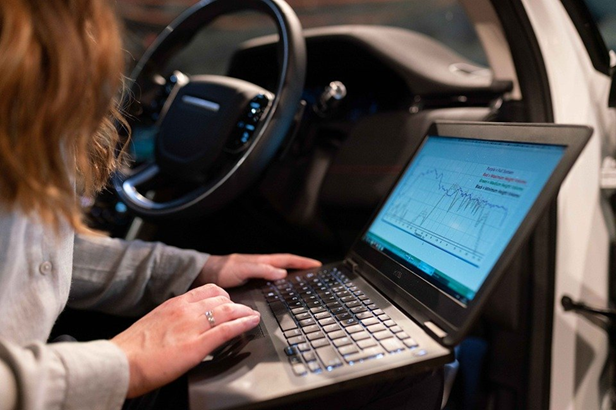 Additionally, each of these steps has different objectives and deliverables at the end of its phase. Although different companies may establish their software testing lifecycles, the basic structure of this testing procedure remains the same.

Testing application security requires two distinct skill sets, specifically as new security threats and new application technologies evolve. Trying to be on top of both areas will dilute the abilities of a specific member of your team. You want both to be as keen as possible.

It's a good idea for testers to meet directly with end-users, whether they are internal to the company or external customers. Find out the problems they run into using the software and the features they would like to see added. That will help the team to test from an end-user perspective, and that's what counts the most. When it's time to test in production, create test accounts on your production systems so you can simulate end-user experiences.

Since you can't test everything, prioritize based on where major code changes have been made, particularly to fix bugs and in heavily used parts of the application. Consider using automation tests for everything that was unchanged and known to work in the latest version.

Initially, run quick sanity checks on each commit from source code to immediately validate changes. Then you can run more extensive regression tests at night. This way, you can provide immediate feedback to developers while they are still focusing on that part of the code.

After reading the entire blog, you can easily understand how important software testing is. Once the testing team gives the green signal, the final product is ready to go to market. But companies still need to keep in mind that customer trust is not easy.

To help earn customer trust, you must provide consistent and reliable products. So, if you are looking for the best IT Outsourcing provider, please contact SynapseIndia without a second thought.

2.    Why is there such a huge demand for test automation?

According to the report, the automation testing market is growing at a CAGR of 14.2% for the next 5 years. Additionally, there is a high demand for test automation due to the following reasons:

3.    How to choose between the different types of software testing?

It can be a challenge to choose between different types of software tests. But the concept appears in the picture called the test automation pyramid. It is a concept that helps you think about the different kinds of software testing and select between them. At the bottom of the pyramid, you have unit tests. Unit tests are easier and cheaper to write than most other forms of tests.

Service tests or integration tests make up half of the pyramid. They offer more realistic feedback than unit tests because they validate the integration between units and speak to real dependencies. But because of that, they're also slower to run, more complex to write and maintain, and offer less accurate feedback.

Integration tests are valuable, but as their count of cons is more, employers should have fewer of them. Finally, the top of the pyramid contains evidence from one extreme to the other. However, they tend to be slower, more fragile, and more expensive to write, maintain, and run. It is worth having these kinds of tests in your test suite, but it would be wise to have some of them.

4.    What are the steps in software testing?

There are the following steps included in software testing:

Priya Chandoliya is a professional blogger who specializes in building online communities. She has helped many of brands to increase sales, leads, and retentions. Priya has recognition of her write-ups across the globe. And Priya writes about how businesses can escape marketing mediocrity to achieve tangible results.